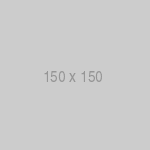 I was 15 when we became acquainted: that is depression and I.Our relationship wasn’t entirely out of nowhere though. In fact, it was a long time coming and looking back, it’s actually surprising I lasted as long as I did before it took over me and my life.

I guess you could say I had an “interesting” childhood. I was kinda the “weird” kid at school and my peers as well as my teachers certainly liked to remind me of that.

It’s funny they say that childhood teasing is so innocent and that “words” will never hurt you, but trust me, they can and they do. You start to believe it. You start to internalize how others see you. But it wasn’t just bullying that was the problem.

Being a child from a broken home certainly took its toll too. When you’re torn between your two parents, it’s never easy and if most adults don’t know how to navigate through such tough situations, how is a seven year old supposed to?

But beyond both of those, let’s call them “learning opportunities”, there was the major problem of love: both of the romantic and the self-love variety.

You see, I was raised by remarkably accomplished parents and while they’re not without their flaws, I always felt I had A LOT to live up to. This, of course, was a self-inflicted ideology – I knew deep down they both would love me no matter who I became – but it burdened me every day of my life and I began to believe I was not good enough.

I invested every bit of myself into my academics in order to feel a sense of accomplishment and worthiness. I was desperate for praise and acceptance. I was desperate to feel loved. And of course, when it comes to highschool, this made me an easy target.

I was vulnerable. I was weak. I was easy to take advantage of and that is exactly what happened.

I gave my heart to the wrong people – people I thought were friends, people I thought loved me – and they used all of my vulnerabilities, my secrets, my deepest darkest feelings against me as some sort of ammunition. They made me “pay” for trusting them. Without getting into the gory details, let’s just say it’s pretty damn devastating when you discover that the first man you love – the first man you give yourself to – was only with you for a bet.

I went into my head a lot to cope. My bedroom in fact was covered with images of strong women I aspired to be like. I changed my appearance to look like anyone but myself. But that too became an unhealthy obsession when I realized that I didn’t feel skinny enough or pretty enough or again worthy enough.

I don’t quite remember how it happened, but slowly I just started to eat less and less and the less I ate, the better I felt. It wasn’t so much about controlling my appetite, so much as trying to regain control over my life and who I wanted to be. I wanted to be seen as beautiful, but it wasn’t until much later on that I learned no one can see you that way until you feel that way yourself.

When things reached their breaking point, I fantasized about my own death. I’d be stretching the truth if I didn’t admit I made a couple of attempts. When I pictured my passing, it was always the same: a funeral procession with next to no attendees. No one came cause no one cared. That was how I felt. That was my reality.

I spiralled like this for many years. Sure, there were moments where I felt “okay” and I temporarily found a way to mask my self-loathing, but it was always a passing sensation and it didn’t take long before my struggle once again reared its ugly head.

So how did I get better? How did I “overcome” my depression? Well, there was no magic pill. In fact, I had seen far too much of the opposite – people abusing substances to find a means of peace, well moreso escapism – that I knew that wasn’t the right route to healing. It HAD to come from within.

I did a lot of soul searching trying to reconcile the past and find some way to understand what it all meant. It helped to think about these experiences as things I “survived” rather than things that broke me. There is something to be said about that old adage, “what doesn’t kill you makes you stronger.” It’s true. It did.

It also helped to recognize that despite my personal trials and tribulations, I truly did have a lot to be grateful for. I wasn’t born into a war-torn country. I wasn’t impoverished. I wasn’t starving to death. My struggles were of the mind and that was something I had the power to change. I wanted to be okay. I HAD to be okay. I began to write.

First, it was just poems and stream of consciousness sort of stuff. Everything and anything that was going on upstairs I penned to paper. It helped. I started to feel better.

It was around this same time that I began to learn guitar. Music is truly such a powerful thing. It’s hard to describe but somehow putting my words to melodies made it that much easier to cope. I could express myself in a deeper capacity when I sang how I felt, rather than just read what was written on a piece of paper.

Love, hate and everything in between started to come out in my lyrics. It changed everything for me. I joke that I didn’t pursue music so much as it found me and wouldn’t take no for an answer. It’s pretty much the truth.

When I started to perform, something even more magical happened. Others could relate to my words – to my music – and they too found comfort in what I had written – what I had experienced.

I discovered that in helping myself, I ended up helping others. It’s become my mission ever since as an artist to use music as the powerful medium it is to connect with others, to inspire them, and to provoke thought.

Music to me has therefore never been about simply writing catchy hooks or melodies. Instead, it’s a way of sharing experiences and establishing emotional parallels between people of all walks of life.

And I think that is perhaps the most striking thing about being afflicted with depression: how very alienated, isolated and alone one feels. It’s like the weight of the world is upon your shoulders and you are there all by yourself feeling crippled underneath the mass.

No one should ever feel that way – as though they’re completely alone in this world. That’s why I write songs: to be able to share my story and let others know everything is going to be okay.